Well, finally got all the fill and got the addition finished.  It was a long and frustrating process but I am very happy with the results.  We now have well over 2 times the safe landing area than before.
Many thanks to Mike McHenry of McHenry Aggregates.  He graciously took time out of his schedule to do this.  He started the process Wednesday afternoon then resumed and spent the day Thursday finishing the job.  We paid for 10 loads of overburden, he delivered 13 or more.  Not only that but he did grading beyond what the job called for.  He smoothed the existing shoulder to blend with the new work.  The old shoulder was wavy and rough in many places, now it is very smooth. The same was done on the west end and greatly improved that as well.  The landfill had placed some of the original loads of city pit in the wrong place but instead of adding it to the original project they just knocked it down. McHenry bladed that smooth and we rolled that also. Blading can look really good but without rolling the finished job can be unstable and unpredictable.  There is still a chance of the contour or surface changing since this is a landfill. We rolled it a lot.   He allowed me to use his roller at no extra charge so I rolled much of the field all around.  It had not been rolled in forever so I did that to do what I could to make it smoother not only for the models but for the mowing.  That can be quite rough at times.  I made it a point to stay away from the pavement of course.  We both spent the day working on the project.
After he finished I seeded the entire area with Bermuda seed and rolled it again.  As far as growing grass, we are most certainly at the mercy of the weather so I cannot predict how much or how soon to expect grass.  As the grass grows I will continue to seed until it is complete.  All this will take a long time, probably several months.
I will continue to clean up the remaining debris, sticks, rocks, etc.  That will take a while as I will do a little at a time.  AJ is working with me.   The piles of debris are being carried away by him.  He does that as he has time.   If you are so inclined to help please do minimal raking to the surface since the seeding has been done and it has probably started to germinate.  If we could stay off the surface for a few weeks or until we see green that would help a great deal.
Thanks to all of you for your patience with this project.  Begging for free stuff requires considerable patience and latitude.  We were very fortunate to get this kind of result for what we spent.  I asked McHenry to estimate what the total cost of the project would be if done commercially.  His estimate was about $12000.  We got it for $2500.  The nice thing is that it requires no more maintenance than before and it is a great addition to our site.

​Thursday, May 10, 2018, we hosted 200 First Graders from the Lake Hamilton School District at our field.
3/17/2018 - New security measures were implemented at our flying site. The signs say "WARNING Security Cameras In Use".
Indoor Flying Report
After several days of background work on the part of Jack Hord,
on Friday, March 2nd, 2018,
Balboa Baptist Church in Hot Springs Village invited us to fly inside the gymnasium that is part of their new Outreach Center.
It is a beautiful facility and they even retracted the basketball goals for us.
Unfortunately, only 5 people showed up and only 3 of those brought aircraft to fly.
​Jim Dougherty, Curt Martini, & Jack Hord flew for a total of 2 fun-filled hours.
For those of you who missed it, it might be a while before it happens again.
Everyone at the church was very nice to us and said that we were welcome to come back but the cost of any future use of their facility will be $30/hour. 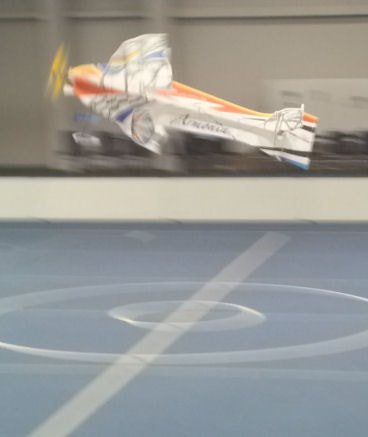 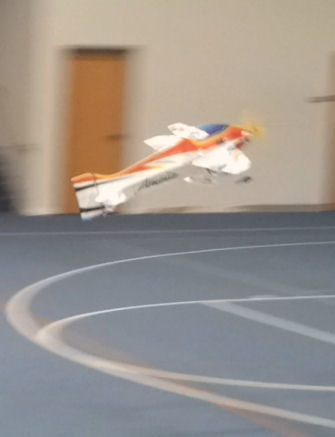 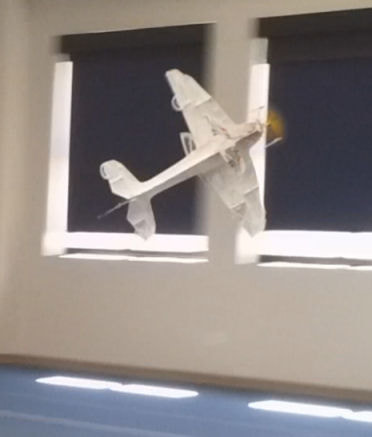 Curt flew his 37” span Tech One Armonia. It features counter-rotating propellers of his own design. 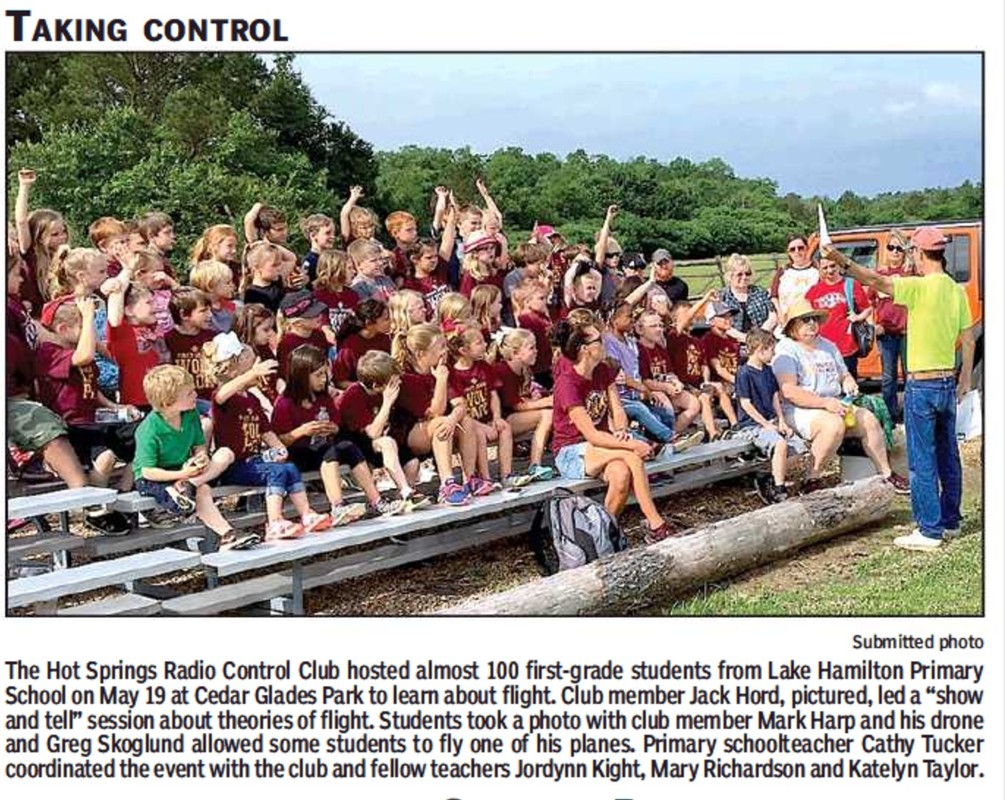 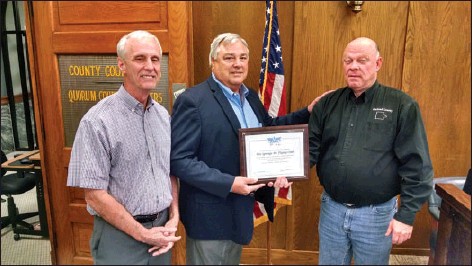